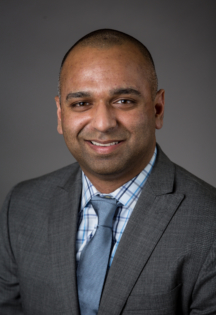 Dr. Nishant Patel was born and raised in Ocala, Florida. He graduated from Emory University with a degree in economics in 2004 and received his medical degree from University of Alabama in Birmingham in 2008. After completing residency in internal medicine at Barnes-Jewish Hospital / Washington University in Saint Louis, he went on to fellowship in gastroenterology at University of Texas Southwestern Medical Center (UTSW), where he also served as Chief Fellow during his final year. He remained at UTSW to complete an advanced fellowship in interventional endoscopy. During his medical training, Dr. Patel published multiple articles and authored a book chapter in “The Washington Manual of Gastroenterology Subspecialty Consult”.

Dr. Patel joined Texas Digestive Disease Consultants in 2015. He is passionate about treating a wide variety of gastrointestinal conditions, including colon cancer screening, inflammatory bowel disease and pancreaticobiliary disorders. He is skilled in general endoscopy such as esophagogastroduodenoscopy (EGD) and colonoscopy, as well as advanced therapeutic endoscopy such as endoscopic retrograde cholangiopancreatography (ERCP), endoscopic ultrasound (EUS) and radiofrequency ablation (RFA). Dr. Patel is committed to bringing excellence, compassion, and professionalism to the care of his patients.